Find Real Clarity: 4 Questions to Help You Become the Most Powerful Communicator You've Ever Been 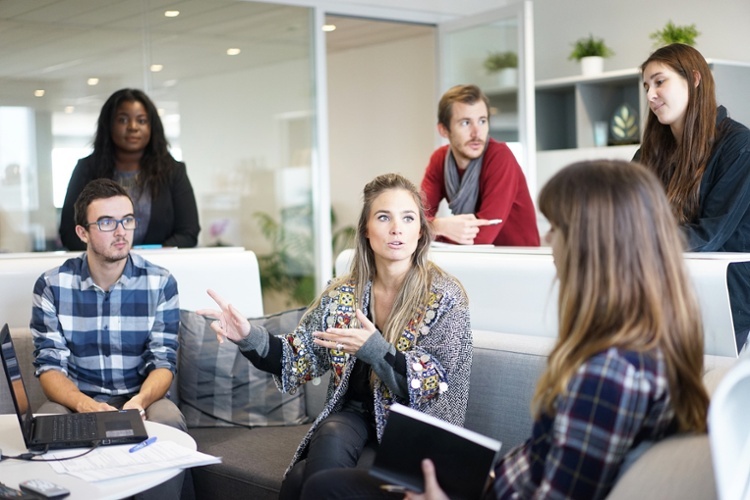 When pursuing real change, people often ask us about what they can expect when they try. All the actions and emotions they’ll likely see in others and experience themselves on the road to different and better is what we call the “expected conditions.”

Among the most predictable of these expected conditions is a gap in clarity. This gap is the distance between the clarity leaders feel they’ve gained and shared with their teams, and how clear their team members say they feel and how they demonstrate it through their actions.

It’s one thing to work hard, progress, and garner success; but when you work hard, think you’re making strides, and then encounter confusion and resistance from your most trusted colleagues, it can be incredibly frustrating.

We had one client leader tell us recently—as he experienced a particularly vexing manifestation of “wobble” (when your people aren’t as aligned as you think they should be) —“F%#@ clarity – even the word makes me crazy. We just need to perform!”

This not-so-subtle reminder that we must work intentionally every day to sustain our shared understanding and focus caused this rethinking of our own approach to clarity, communication, and calls to action, developing what can be called Actionable Clarity.

To avoid the mental indigestion suffered by leaders who feel those around them aren’t “getting it,” it’s first necessary to get beneath the label-level of terminology. The biggest opportunity is to approach the process of communication differently.

Rather than focusing on what YOU say and what YOU mean, it’s more productive to think of communication as a collaborative effort through which you make connections, gain agreement, and unify around shared priorities.

Don’t guess at how productive your communication is. Listen to and watch THEIR responses.

We recently went through a national election process during which two-thirds of one candidate’s claims were judged by independent fact-checkers (facts being those things that simply are, whether we like them or not) to have been largely or total falsehoods. The other candidate lied less than one-third of the time, but was perceived to be less trustworthy. This happened because there is far more in play than the mere accuracy of statement.

LESSON—What others understand isn’t based solely on our words or our intent, nor is it merely the result of how they hear something and react to it. To be effective in creating a shared understanding, gaining agreement, and moving people to effective action, we must engage in open-minded inquiry and demonstrate a deep, progressive interest in each other. Its hard work, and there is no substitute.

For us to arrive at our one version of truth—a truth we can agree on and rally around—we need to invest constant effort in connecting with, and understanding, each other.

This effort is aided by asking these questions:

When it comes to change, the bottom line is understanding alone won’t get us to that elusive better place. We must have a compelling reason (the mandate – our “why”) to attempt this journey and to tough it out when things get hard … and they always get hard.

The 4 Questions That Unlock Clarity

My wife and I had been working with a realtor for a few months trying to find a city home. We’d like to move, but we don’t have to move. The realtor grew increasingly frustrated, finally snapping, “It’s impossible to sell a house to someone who doesn’t need to move.” I responded that it’s not hard to sell a house … it just has to be the right house.

As leaders, we operate as though our people have to move. Many of them are happy where they’re “living” and don’t see the need to relocate. To mobilize your people to action, find the answers to these 4 questions:

Communicating effectively is dance among two or more people. When we join together in that dance – all of us making the effort to participate and to be attentive to others, only then can Actionable Clarity occur.

How to Create and Drive High Performing Teams at Work, Even if Remote

Inevitable: The Future of Work Top 5 Podcast Episodes of 2020