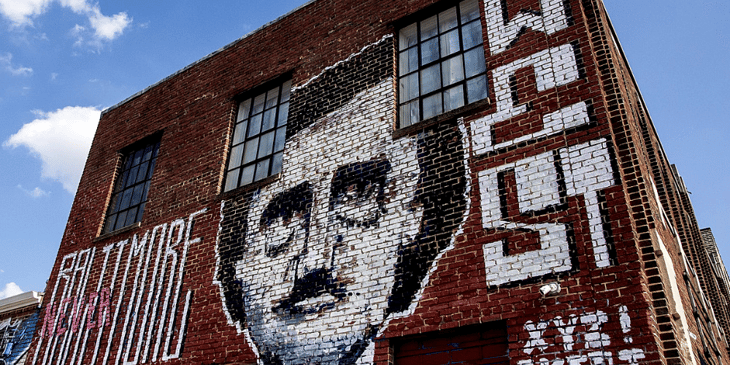 What's On My Mind
This is the third installment of a real-time series about what it’s like to be raising a first-time venture fund as an African American fund manager. It’s meant to be a transparent description of the challenges and opportunities as we attempt to grow a fund to support cities like Baltimore and minority and female founders.

It’s been a while since my last post about our work in Baltimore. So let’s get right to it: Thank you, President Trump for refocusing me on what really matters.

Instead of offering solutions to real and perceived problems of a population under his care, the President of the United States has chosen to deride Baltimore and it’s citizens, in order to deflect criticism from a political rival and score political points.

We should all be outraged.

And I’ve now seen the #WeAreBaltimore reaction on Twitter. A solid show of civic pride to be certain; however, as I said in a tweet last week, if we want to #UnwireBaltimore, it’s going to take more than civic pride. 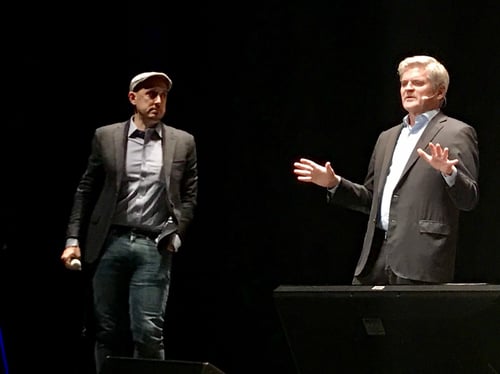 You may know this series, What’s on my Mind, (here’s the last volume) started as a blog about what it’s like to be a first time venture fund manager, who happens to be African American, who’s also trying to use capitalism as a tool for economic inclusion, spreading prosperity and improving our city. I started down this path in Baltimore because I realized that the unrest seen in the city after the death of Freddie Gray in 2015 was as much about long standing under investment in minority communities as it was about the state of policing in Baltimore. And while supporting and building companies run by diverse entrepreneurs isn’t a silver bullet to what ails Baltimore, it has to be a major component of our rebirth.

The road to success for this project has been a lot harder than I anticipated. It’s been frustrating. Particularly because there’s a clear path to how we can be a catalyst for a transformation of Baltimore City. Our model is tested; we can invest in 500 to 600 new companies run predominantly by female and minority founders. Creating in the neighborhood of 60,000 new well paying jobs and changing the narrative about the city for a generation of diverse founders. We’ve done our homework, started slow, proved the model, spent our own money, and attracted some big-name supporters. The Conscious Venture Lab was named one of the Best Accelerators in the US in 2019 and more recently an international organization dedicated to educating youth about impact pioneers, included us on their list of the world’s 10 Greatest Social Impact Accelerators. This too, is the face of West Baltimore.

And yet, we still face an uphill battle and get push-back about why all we’re doing can’t be successful from some of those same folks showing all that civic pride at the moment.

So, if you’re out there reading this and you are as outraged about what this President continues to say about Baltimore — or more importantly concerned about the future of a great American city — here’s a news flash: The politicians are not going to be the ones who resurrect Baltimore. That’s going to be done by you, and me, and us! So if you’re reading this and have any sense that I may right, here’s a call to action:

If you want to #unwire the narrative about Baltimore it’s time you got off the sidelines.

Everything we need to meet the promise of Baltimore is right here at our disposal. When Mr. Case last came by the Conscious Venture Lab and Johns Hopkins Technology Ventures to talk about rising cities he expressed the same sentiment he did recently at the Forbes conference:

“Take half the energy and half the capital you are willing to devote to Amazon and put it towards your startup sector — that will bear far greater fruit over the next 10 to 20 years. Applying the effort with cross-sector collaboration across the city and refocusing it on the startup side of things gives the opportunity to create the next Amazon.”

So here are some ideas about a path forward:
If you are an executive with time and knowledge, you should contact us (or one of the other amazing entrepreneurial support organizations in Baltimore) to become a mentor.

If you run a major corporation in Baltimore or in Maryland and you care about the plight of Baltimore, you should open up your checkbook and sponsor programs like ours in the city.

If you run a tech company, you should offer your services and products as perks for entrepreneurs in programs like ours to help them grow their companies.

And, if you’re an investor or have the wherewithal to be one, you should invest in a fund like ours. Put your money to work for real and where you can have the most impact: Early stage startups!

If you’re a person of color and you’ve been successful, that last call to action to invest is pointedly directed at you. This is your city, and I believe you have a responsibility to play a major role in it’s renaissance. This isn’t a call for “giving back,” which presupposes you took something in the first place. This is an investment idea that allows you to use your well earned resources to reach back down the ladder of success and create more prosperity for all of us.

One step to changing the narrative of Baltimore is a more inclusive form of capitalism that creates jobs and fosters prosperity in places like West Baltimore. Other cities have done it — take a look at Cintrifuse in Cincinnati. We know what it takes: Commitment by all the players in the ecosystem, including large companies and investors, to collaborate with a single-minded focus on building a better city through business.

Yes, government does have a role to play and we need civic leaders with the skills and will to take on the issues of blight, public safety and transportation. And if you’re sitting on the sidelines with blood, sweat, or treasure — and waiting for Congressman Cummings or anyone else to solve our city’s problems — then you too, are a part of the problem.

As I said at our Demo Day a year ago, Baltimore needs to move beyond the “woe is me” and “why not us” narratives and start living the mantra: “From now on!”

These are concrete and specific things you can do right now, today.

Do you want to see things in the Baltimore city change? Then join us, and get to work.

SHIFT Ventures stands as the choice Venture Capital firm for socially responsible, Purpose2Profit investors. Our unique venture fund model is built to leverage societal and market shifts to be innovative, agile and impactful.

Our proven mentor and curriculum-driven accelerator, the Conscious Venture Lab, connects our innovative portfolio companies to a network of hundreds of committed mentors, consultants and supporters focused on their success. This unique model has become nationally-recognized as a sustainable platform for socially responsible investing.

How to Get Your Employees to Successfully Achieve Annual Goals

Why Work-life is Part of Our Life's Work

Pace Yourself to Prevent Burnout