4th of July | Brews for Gratitude | Winners and Losers 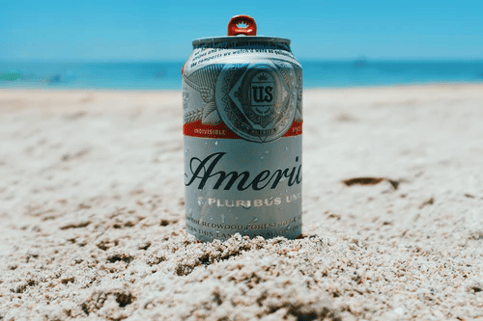 For many (except for our furbabies), the Fourth of July is a day for celebration - with cookouts and cold brews. But what's even more exciting than those are fireworks! Have you ever wondered why we celebrate by launching explosive pyrotechnic devices in the air? Or why celebrating with cold brews is a tradition? For those of you who didn’t know, July 4th is the 3rd drunkest holiday behind New Year’s Eve and St. Patrick’s Day.

But drinking holidays aside, the pandemic itself has created a sharp uptick in our reliance on alcohol, which we’ve turned to more than ever before due to the collective grief, loss of safety, and incredible uncertainty we’ve faced over the past year. Bill Maher nails the trend here.

The increased consumption of alcohol in 2019 has been a little more difficult on women, who have seen an increase of 41%. Another fun fact is that our overall life expectancy has declined drastically thanks to COVID.

So for the 4th this year, maybe we celebrate with gratitude versus cold beers?

Life challenges are the primary driver for presenteeism. If you’re not familiar with the term, presenteeism is a construct that refers to employees who, although physically present at work, are restricted in their ability to perform at full capacity due to illness, stress, or other emotional distractions.The average American employee loses the equivalent of $12,000 a year due to lack of vitality. They suffer from presenteeism which is an "invisible" cost that's 7x higher than absenteeism because it goes unnoticed at work and remains hidden until after hours or days have passed.

While the presence of challenges in our lives is certainly not new, the number of people facing them at this level is. LifeGuides, our new love affair and partner, is working diligently to combat these rising issues affecting all of us. The company was founded with the goal of reducing human struggle and suffering and is on a mission to impact 1B people in the next 15 years. They use a brilliant peer-to-peer model and are one of the most progressive and mission-driven companies we’ve met in a long time.

For more on the future of health and well-being...check them out here. 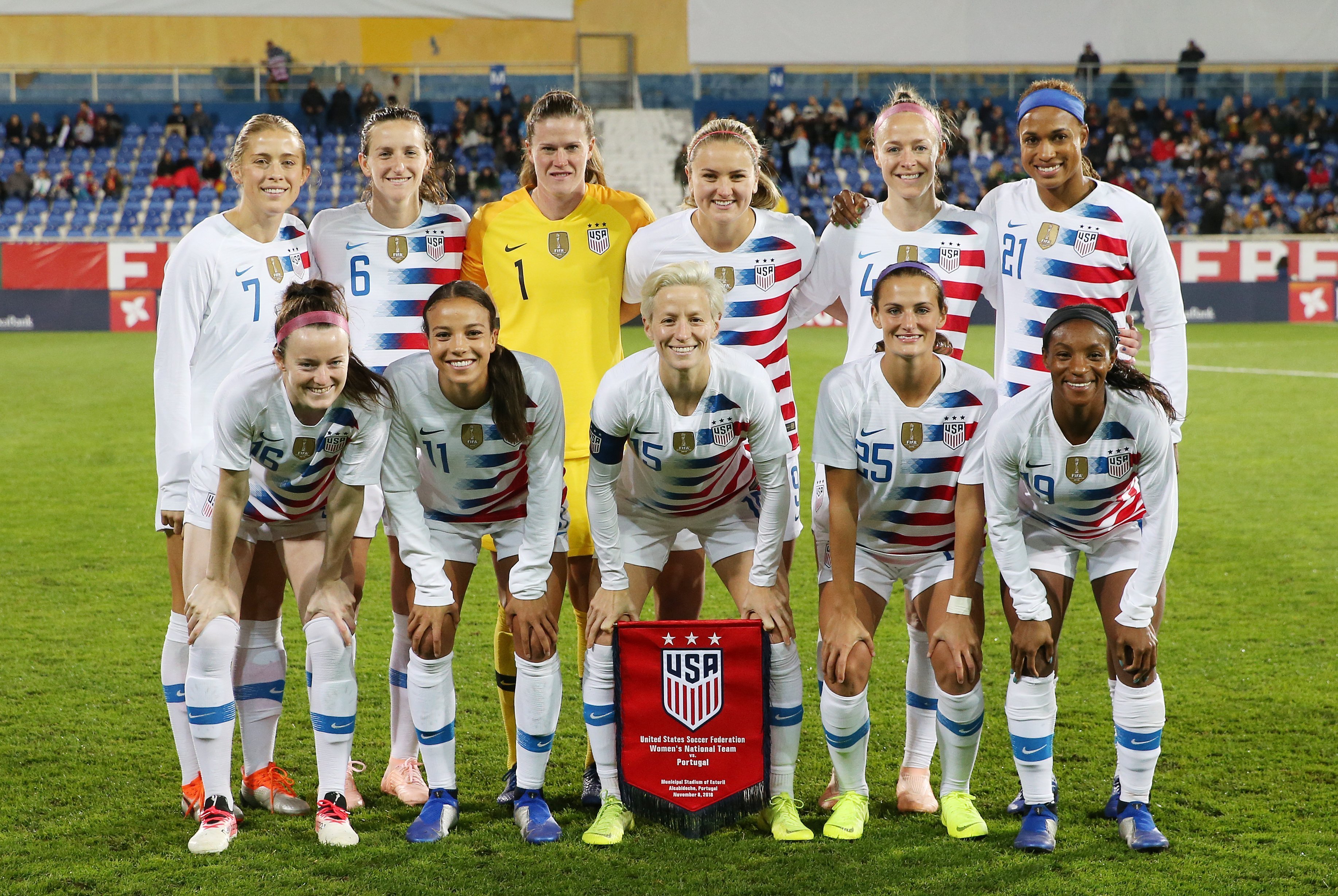 There’s nothing we love more than a good story about progress related to diversity, equity, and inclusion in our world. Our goal here is to shine a light on the winners making strides towards fairness and equality as well as those falling behind.

WINNER - Progress: HBO Max just released a documentary about the US women's soccer team’s fight and lawsuit against their male counterparts for equal pay. As of June 24th, they are still fighting to be acknowledged on par with mens' salaries despite years of success in sport competitions around the world. Watch the trailer here. While they’ve made major headway so far, there’s still more ground to make up as the largest gap in compensation between men’s and women’s players today remains the World Cup bonuses paid by FIFA, world soccer’s governing body. The bonus pool for men? $400M. For women? $30M. And what’s even more outrageous is that the women’s team has won a whopping four World Cups and four Olympic gold medals, while the men are zero on both counts.

Let that sink in.

LOSER - Smoke & Mirrors: Daniel Snyder, Chief in Charge, just appointed his wife, Tanya Snyder, as the co-CEO of the Washington Football Team. The move comes amidst their search for a new name and news of a $1.6 million settlement in a sexual misconduct lawsuit that came to light amid an NFL investigation into allegations of workplace misconduct. It also follows Daniel Snyder’s move to buy out the team’s minority owners and consolidate control of the organization in his hands.

Tanya tried to sell it in her statement as a progressive move recognizing diversity, but we’re not buying it.

Don’t get us wrong, we’re all for a woman taking the reins of an organization valued at an estimated $3.5B, but the fact that it’s now the CEO’s wife in power is more a head fake moment than a women’s rights victory.

New News: Hitting the news yesterday was the NFL fining the Washington Football Team $10 million for fostering a workplace culture of sexual harassment, bullying and intimidation. Their failure to punish Snyder directly and refusal to release detailed findings of all the women involved (at least 40 came forward) is merely a slap on the wrist. Epic fail.

Check out the petition (with nearly 39,000 signers) to make this sexual misconduct investigation public. This type of work is what we call progress.

Worthy of a Look 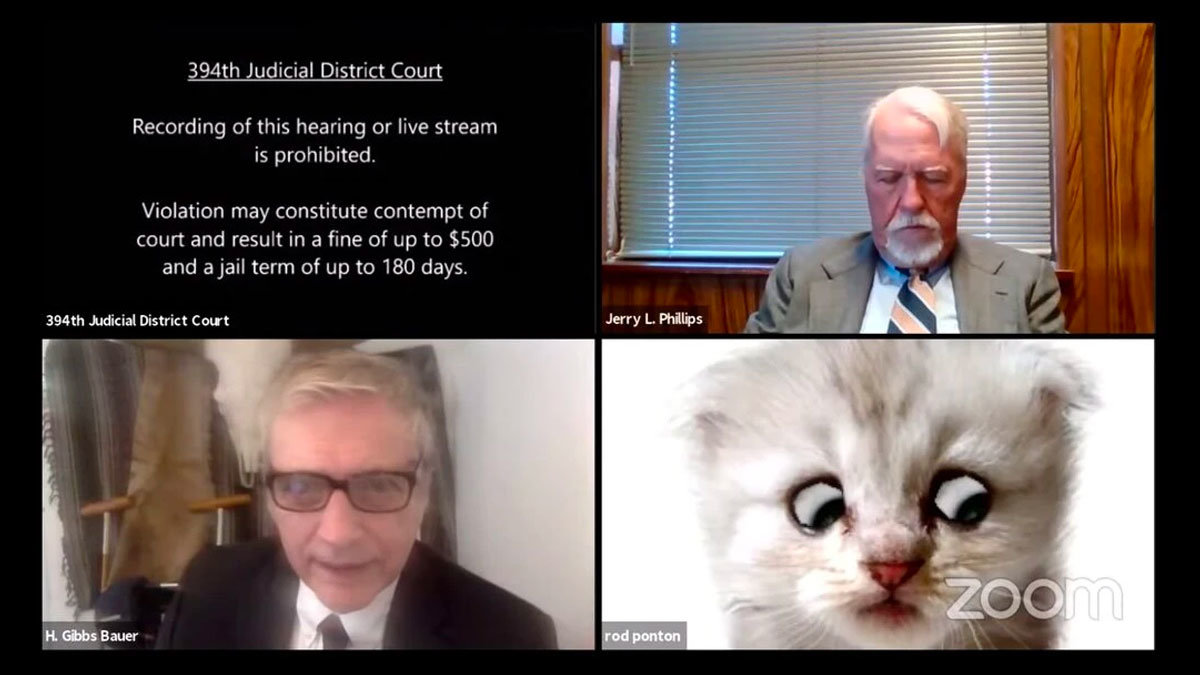 Have you ever been shopping only to stumble across a piece of furniture or artwork that caught your eye that you felt that you had to have...even though you had no place for it? That’s what this section is: stuff you’ll love that doesn’t fit anywhere else. Check it out—you might learn something, or better yet, laugh your way into this weekend of gratitude.

Are You Listening to Your Employees?

Capture valuable employee insights and empower yourself to better show up for their current needs with our Post Pandemic Survey and Strategy Program.

Human first | the ER Room | Out of this World

You’re a Storyteller | Trust Falls | Poppy for the Win

Human first | the ER Room | Out of this World

You’re a Storyteller | Trust Falls | Poppy for the Win 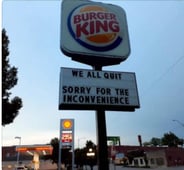 The Great Revolt, 4 vs. 5 Days, Pandemic Winners & Losers, and Branson to the Moon