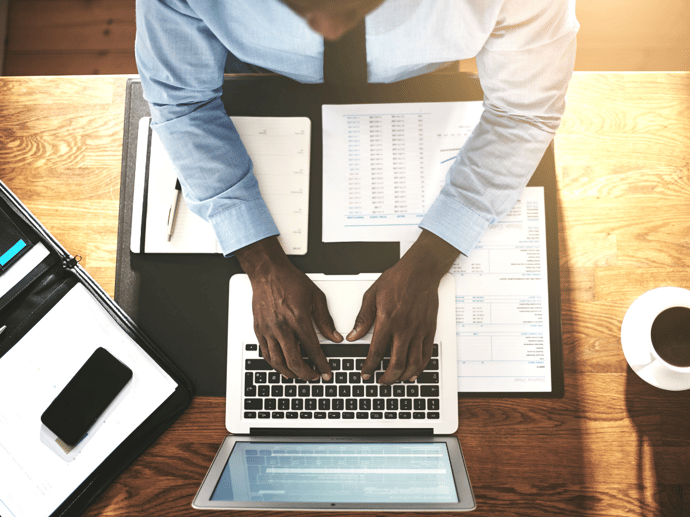 I’m a little reluctant to share the story of how I screwed up. From an outside perspective, that’s probably the last thing a company that helps businesses grow and thrive should be talking about. However, it’s stories like these that pave the way for our future – and for a great future, transparency and humility are key.

From 2001 to 2007 business was great! SHIFT (formerly entreQuest) was a small consulting firm up against big competitors. Despite our size, we averaged about 33 percent growth, annually. As we expanded, we began to diversify our services, grow our team, go after bigger contracts, and we even acquired a recruiting company. We had an exciting future ahead of us, and were moving faster than ever.

But then 2008 came around, and that was the year that would threaten everything we’d worked so tirelessly and fervently to attain.

In early 2008, we watched as the housing market began to crumble. We ignored it. We told ourselves, “Our industry won’t be affected! We’re not going anywhere,” and continued forging full-steam ahead. Business as usual.

I was wrong. By underestimating the problem, I made a huge mistake.

Just six months later, 30 percent of our recruiting clients had suspended their contracts. A huge contract we had been chasing for months pulled out. We watched our clients (and even friends) go out of business. As their doors closed, how could they pay us? The short answer was, they couldn’t, and the amount of these unpaid invoices felt completely insurmountable.

This would have been a great time for us to pivot our strategies, but we didn’t.

We were shaken to the core, fearing the worst, uncertain of the next moves we needed to make. We were losing in excess of $50,000 a month and, even in danger of complete collapse, held true to the only strategy we’d set for the year.

Is this starting to sound eerily familiar?

In October of 2008, we were forced to pivot. We laid off more than half of our staff and made significant changes in leadership. It was one of the toughest decisions I’ve ever made.

The reality was, I let fear stop me in my tracks. As a leadership team, we failed to reassess our business plan, make changes based on how the economy was changing, or shift our tactics. We were lucky to survive the recession, but survival didn’t come without grave consequences.

After that, we did a major RESET on our business and developed a completely new and innovative business plan. It was our way of starting fresh, taking new circumstances into account, and moving forward in a way that better served our team, company, and community.

Today, we face a similar situation, as the effects of COVID-19 ravage our businesses and economy. Things are changing everyday, and with constant, rapid change comes uncertainty. That fear and uncertainty can either slow you down, or be the driving force that takes your leadership to the next level.

We’ve learned from our mistakes and I want to teach you how to avoid the very pitfalls that nearly leveled our business. When unexpected, transformational change is infiltrating your thinking, business, and lives, it's time for a pivot.

How will you know when this is? You'll ask yourself questions like...

So I've pulled the proven strategies and tactics on how to protect your business through the a crisis and leverage the moment as an opportunity to evolve your thinking, strategy, and game plan for the future into a webinar called, The Wartime Executive Playbook. I’ve used this time and time again when navigating difficult circumstances and even tougher decisions, and now, I’m giving those tactics to you.

In this 70 minute webinar, we explore the reality of leading through fear and uncertainty and outline the critical components of leadership under crisis that empower you to develop and deploy a new action plan for your organization that emphasizes individual and company success now, and beyond this pandemic.

Great leadership emerges simply as a consequence of expanding your circle of information, inspiration, and responsibility to include the well-being of more people and environments, not only geographically, but also forward in time. As the entire world slows down, pauses, and pivots, this is your opportunity to rise, protect your business, and advance humanity.

Why Meetings Will Never Be The Same Thanks to COVID-19

4 Steps to Drive Innovation in the Workplace

How Zappos Builds Engagement With Its Call Center

How to Build a Healthy, Vibrant, High Performing Organization

How to Gain Awareness and Become a More Effective Remote Leader

6 Best Practices for Effective Communication: Remote Work and Beyond

Remote System of Management: Methodical Practices You Need to Succeed